We have developed a number of Case Studies to provide examples of the common areas of forensic specialisation. 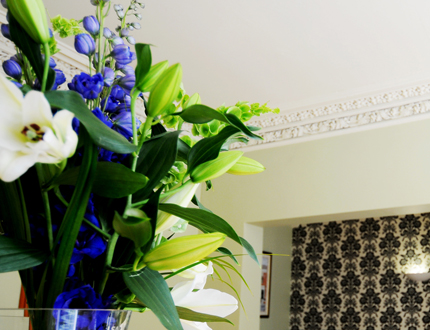 Instructed: By the Claimant
Award: Over £2 million
Nature of Claim: Stunt Man Acting on a large Walt Disney Production
Instructed by the Solicitors for the Claimant who was a stunt man working on a major studio film for Walt Disney Corporation.

The Claimant was seriously injured when working on a stunt at great height involving sliding down a trip wire with another stunt man on his back. The stunt coordinator did not set up the stunt properly and as a consequence the claimant fell with his passenger from a great height seriously injuring his right ankle.

As a consequence of his injuries the claimant had to retire from his occupation as a stuntman. A. I. Cherry Limited (AIC) was instructed to prepare an evaluation of the loss of earnings suffered by the claimant. The matter was very complicated in that the Claimant was at a critical point in his career and the evidence indicated that but for the accident he could have progressed to stunt coordinator and stunt director.

It was further complicated by the fact that the Stunt Man had relocated overseas by the date of the award. The tax on his damages was therefore assessed according to the tax regime in which he was now resident. AIC modelled a number of different scenarios for past and future losses dependent upon the claimant’s expected career progression with clearly evaluated losses for each potential outcome.

As a consequence it was possible to quantify the common areas of agreement and identify the value of those areas in dispute. The parties were able to agree a settlement which valued the Loss of Earnings element of the claim at over £2,000,000.

Instructed by the Claimant initially: And then jointly instructed by both parties following directions from the Court
Award: Not disclosed but into seven figures
Nature of Claim: Senior Police Officer wrongly convicted of Offences

Instructed initially by the claimant’s solicitors and subsequently by both parties following directions from the Court this matter involved a senior police officer wrongly accused and convicted of several crimes following evidence proffered by other serving police officers. Imprisoned but subsequently released on appeal, and the conviction quashed, he returned to work.

He was unable to continue due to the stress of the matter and was subsequently retired on ill health grounds. The evidence from the personnel records indicated that but for the wrongful conviction he was an exemplary officer and there was the strong likelihood that he would have progressed to a very senior rank.

The past loss covered around 12 years and the future loss was a considerable period to expected retirement. AIC had to model several scenarios covering these periods and quantify the net loss of earnings under each with a corresponding loss of pension.

The matter finally continued to trial by which time the claimants funding from his Union had been withdrawn and he was self- represented at trial utilising AIC’s matrix to assist him in evaluating the possible losses for the Trial Judge.

The Claimant was successful in convincing the Judge that he should be compensated at the higher end of the potential promotion scenarios.

Following the decision on the factual outcome, the Judge adjourned the trial and ordered that AIC be instructed to prepare final quantum of loss of earnings based on the initial Trial outcome.

AIC was given 28 days to produce the figures and did so within the time frame. The matter returned to the Court and the Trial Judge approved an award incorporating AIC’s revised figures. The final award was well into seven figures.

Instructed: By the Defendant
Amount Claimed: Up to 2.5 million
Nature of Claim: Motorbike Fabricator – Acting on behalf of the Defendant
The Claimant suffered a broken ankle as a result of being hit by a car. As a result of the injury it was the Claimant’s case that they were unable to work for 4.5 months and following a return to work they had a restricted working capability which ultimately resulted in the business being wound up.

A claim for loss of earnings in a total of £2.5m was advanced by the Claimant. The claim was based upon a material expansion in unit production and sales in the years following the accident, with one scenario being based upon the opening of a second production facility for European sales.

Our detailed review of the business highlighted a number of issues which undermined the quantum of the claim for loss of earnings:

• The Claimant had been made bankrupt two years before the accident
• The Claimant had no money to finance the expansion of the business and no assets either of a personal or commercial nature to provide security for any lending
• The Claimant was living in a caravan outside the business premises due to lack of money
• The business fortunes were affected by the recession rather than the accident
• Concerns were highlighted over the timing of income recognition. A review of sales and orders identified that there was no fall in a rolling 12 month period of either orders and deliveries until seven months post-accident when the recession was the main factor.

Settlement: Six figure sum rather than the seven figure sum being claimed.

Instructed: By the Defendant
Amount Claimed: Up to 2.5 million
Nature of Claim: Social Care Provider – Acting on behalf of the Defendant
The Claimant suffered Post Traumatic Stress Disorder (PTSD) as a result of witnessing a family bereavement. As a result of the PTSD it was the Claimant’s case that they were unable to engage with their business which as a consequence received unfavourable Care Quality Commission (CQC) assessments with a resultant fall in occupancy levels.

A claim for loss of earnings in a total of £2.5m was advanced by the Claimant. The claim was based upon a fall in profitability caused by reduced occupancy against expected profitability based upon full occupancy.

Our detailed review of the business highlighted a number of issues which undermined the quantum of the claim for loss of earnings:

Settlement: Six figure sum rather than the seven figure sum being claimed.

Instructed: By the Defendant
Amount Claimed: £2.4 million
Nature of Claim: Entrepreneur– Acting on behalf of the Defendant
The Claimant suffered a fractured spine and fractured ribs as a result of a collision in a road traffic accident. As a result of the injuries it was the Claimant’s case that they were unable to engage with their businesses for an extended period which impacted on their development and resulted in lost opportunities.

A claim for loss of earnings in a total of £2.4m was advanced by the Claimant. The claim was based upon a fall in profitability and loss of capital realisation.

Our detailed review of the businesses highlighted a number of issues which undermined the quantum of the claim for loss of earnings:

• One business had virtually no turnover and was loss making with no evidence of any income irrespective of the accident
• The decline in fortunes of a business was predominantly due to the economic recession rather than the accident
• The actions of a partner in a business was the catalyst for loss which would have occurred irrespective of the accident
• One business was insolvent and put into administration. However the business had been marketed for sale with interest from several parties, but the level of the best offer received was in line with that achieved by the administrator
• The business returned to a favourable CQC rating by three years post-incident and consequently occupancy levels would gravitate to the trend for businesses in the same area with similar facilities and CQC assessment ratings

Our overall assessment was that the claim was speculative with little evidential foundation. The Court agreed and the claim was settled with no award to loss of earnings.

£Nil rather than the seven figure sum being claimed.

To hear more about our Forensic Accountancy Services or to discuss your specific requirements with a member of our Team please call us on 01772 201015. Alternatively you can send an email to mail@cherryforensics.co.uk and a member of our Team will contact you at the earliest possible convenience